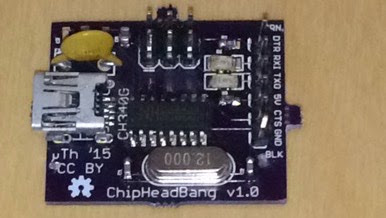 Design files available on Github: https://github.com/microtherion/ChipHeadBang
Posted by microtherion at 03:30